StageXL 1.0: a chat with Bernhard Pichler

December 05, 2016
To contribute to the celebration of the recent 1.0 launch of StageXL, we had a chat with Bernhard Pichler to learn more. Here we go.
---

First and foremost huge congrats on the 1.0 launch! People are already raving over it on Hacker News and Reddit. This is really a great accomplishment. I was wondering if you could start by telling us a bit about who you are?

Thanks. Sure. My name is Bernhard Pichler, I'm 42 years old and I'm from Austria - you know Sound Of Music but no kangaroos. In my day job I work as a developer for a company in the gaming and betting industry. Nowadays I mostly do stuff on the backend but I used to work on the frontend in the past. That's why I still love to do computer graphics and why I work on StageXL in my spare time. 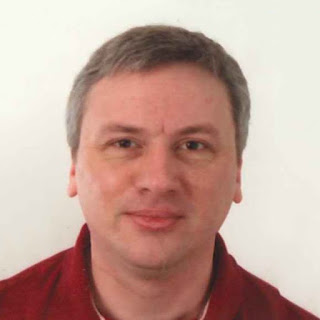 How would you explain in less than 54 words, what StageXL is?

StageXL is a 2D rendering engine mainly built for casual games. Games like Farmville or Bejeweled are good examples. More people are playing this kind of games than those who play high budget AAA titles. StageXL basically provides an API to draw images to the screen in a very fast and flexible way.

What would you say is the main benefit of using StageXL for me as a developer?

As a game developer you always ask for more speed and more features. To do this you have to write code as close to the metal as possible. Since we are talking about the browser, your best option is to use WebGL. StageXL bridges the gap between WebGL and an easy to use API for the developer. You don't have to worry about the shader language, texture atlas management or draw call batching for example. StageXL uses best practices for game development and is highly optimized for this use case.

Cool. I'm kind of curious about the story behind StageXL. Could you say a bit about how it all started?

I have to start at the very beginning. More than 25 years ago I started to do so called demos. A demo is a small computer program that generates visually appealing computer graphics, mostly written in assembler language. After school I got a job to write games for gaming terminals, called Photo Play, which where placed in amusement arcades and bars all over Europe. I did this for many years and as a funny side note I worked there with a guy called Daniel Sperl, who later did the Starling rendering engine for Flash and Adobe AIR. When Dart was announced, I think it was 2011 or so, I thought it would be fun to write a similar rendering engine that is based on HTML5 and Dart. It started as an experiment but soon I got pretty obsessed to improve and push it as much as possible.

What use of StageXL are you most proud of or impressed by?

I was very proud when Adobe presented the Flash Pro exporter for Dart and StageXL at Google I/O 2013. One company migrated their educational games for kids from Flash to Dart and StageXL, another guy migrated an application that teaches how to read and play sheet music. Ever since StageXL grew a lot and is mostly used without Adobe Flash as a design tool. Tools like Spine for 2D animations are amazing and I'm proud that StageXL has full support for such tools. Other than that I get excited every time I see a project using StageXL. Recently someone used Apache Cordova to build a card game for the play store, which is pretty cool.

What new or coming StageXL feature are you most excited about?

Without a doubt this is support for Flutter. Today, developers are using frameworks like Adobe AIR and Unity to build mobile games, but wouldn't it be exciting to do this with Dart and StageXL? You can probably use the existing Flutter API to build simple games, but to be competitive with other frameworks you need access to OpenGL. Unfortunately, Flutter is still in an early stage and providing the OpenGL APIs is not on their immediate roadmap. All we can do is keep an eye on it and hoping for the best :)

Yeah, that sounds like a really exciting setup with great opportunities for developers. On that note, thanks very much for your time, Bernhard, and once again huge congrats on the StageXL 1.0 launch!

stagexl
Labels: stagexl
This site is no longer being maintained.
For the latest Dart news, visit medium.com/dartlang.